Owner Tony Betteridge enjoyed his day at Fontwell today when both of his runners got him into the unsaddling enclosure and earned their first prize money.  Mab Dab ran in the National Hunt novices hurdle.  Ridden by Tom Cannon in the five runner field they followed the leading pair for the first half of the race.  Rounding the bottom turn for the final time Mab Dab made third place his own and although he could not get in a blow on the leaders he kept on to keep his third place, 17 lengths behind the winner.
Hab Sab ran a very similar sort of race under Jack Sherwood, this time finishing 4th of the 7 runners in the concluding bumper. 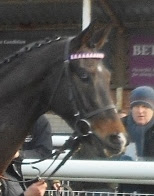 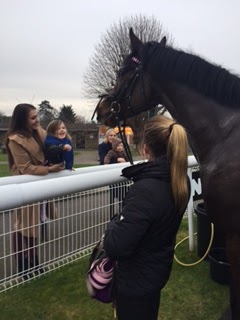