Amateur In The Ranks.

It is good to report that Oli has now got his amateur licence after coming out top of his class in the fitness assessment.  He will be able to ride on the flat and over jumps.  Hopefully we can find him some rides in the near future.
Posted by info at 02:30 0 comments

Although it wasn't a victory we decided that second in the Sussex National was worthy of a champagne breakfast today. 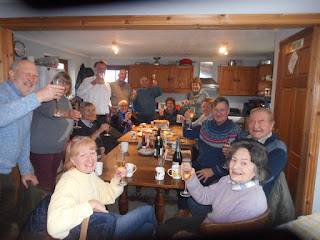 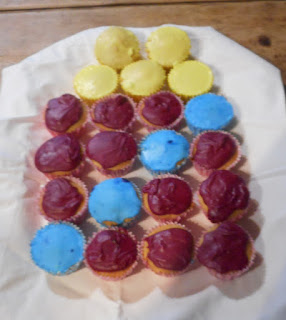 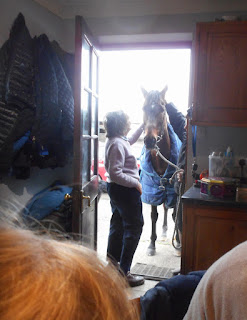 Even Uallrightharry wanted to join in!

So Close To Repeat Glory.

Linda came within 2 lengths of repeating Sussex National victory today after Itoldyou in 2015, this time with Uallrightharry.  The similarities were uncanny with both horses trying the prestigious test soon after leaving novice status, and both having lost their jockeys in their December prep race at Plumpton!  Uallrightharry looked fit and well but was the lightest framed horse in the race.  Luckily he was set to carry bottom weight. 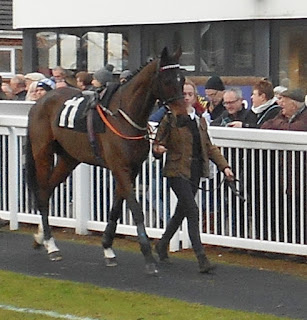 Aimee and Harry before the race.
Brendan Powell took the ride and informed the connections that it seemed there would be a bit of pace on so he would settle in midfield.  Karen had taken Harry for some pole work earlier in the week to sharpen up his jumping.  Brendan said he would give Harry daylight to see his fences. 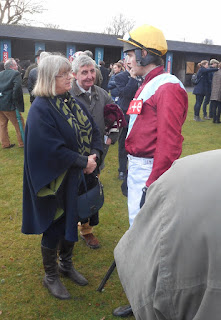 Linda sorts final instructions with Brendan.
Brendan was true to his word and jumped off in midfield on the outside.  Harry jumped well and put in a couple of short strides at the few fences that he was not meeting right.  He was moved up to third place going out on the final circuit but dropped to fourth three out (the open ditch) as another runner blundered and impeded him.  He regained impetus and closed on the long time leader turning into the home straight.  They jumped the second last together but the other horse found more going to the last and was able to hold Harry at the line by a length and three quarters with the same distance back from Harry to the third. 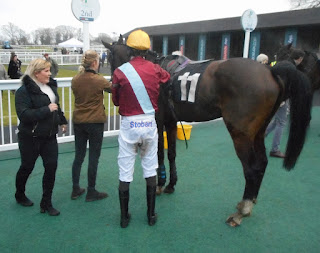 Brendan unsaddles Harry.
There was a large contingent (owners, staff, friends) from the stable and Harry gave them all, and especially owner Sally Stanier, some great memories and a wonderful day out.  Linda now boasts the best trainer record in the race over the last 5 years. 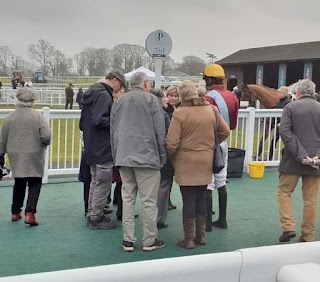 Feedback and plans for happy connections after the race.

And Still It Rains.

The rain has continued falling and Paul has resorted to sandbags to keep the overflowing drain water off the gallops so that the horses can work. 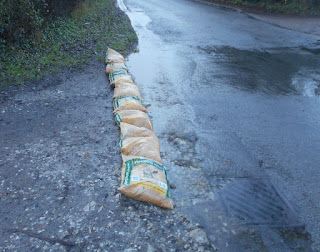 Even so, the track was very wet but the horses managed to slop through it. 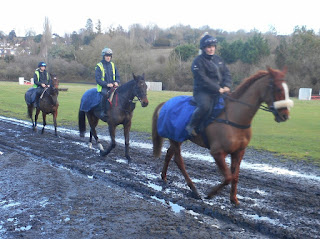 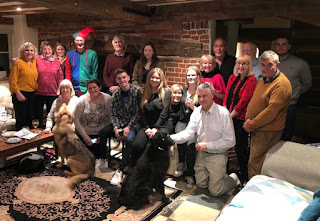 Owners and staff battled their way through floods to enjoy the annual Christmas social evening at Hecton Farm.  As in previous years it took the form of a fiendish quiz devised by one of the owners (jester's outfit!) and thanks to the expertise of another owner sound and pictures were relayed to teams sitting in separate rooms.  Between rounds people mingled and replenished their plates and glasses.  One part of the quiz involved identifying horses from the past three years with parts of the image blacked out.  The stable staff proved amazingly adept at this. 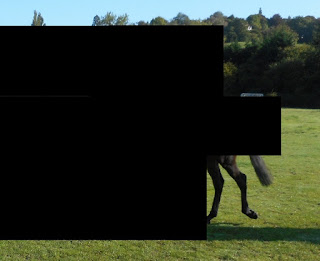 Stable staff had no trouble identifying this as Mab Dab.
Final scores were Staff Room 61, Back Room 100, Living Room 109.

New Blood At The Yard.

There was great excitement this morning among the owners as they viewed a new three year old in the yard.  It wasn't one of the horses recently added to the string but a charming collie that had great fun in the gallops field.  Aah! 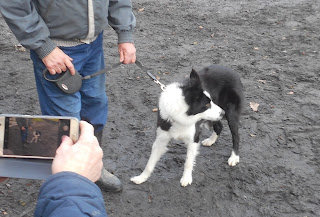 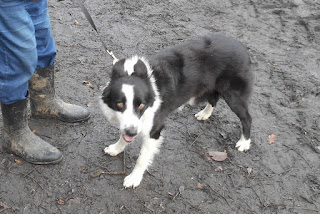 When the going is sloppy.

After a workout on the rain sodden gallops everyone needs a good wash down! 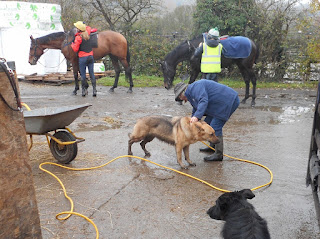 You have to get the priorities right, dogs before horses.
Posted by info at 13:55 0 comments