Two groups of Linda's owners enjoyed a pleasant evening's racing at Kempton Park.  Fine Tune and Mad About Harry were both running in maidens after some time off, and while they were doing their best expectations were not particularly high and it was an opportunity to savour the racing on offer without the nerves of anticipation.  The Owners & Trainers bar and terrace offered those attending excellent facilities both in viewing the parade ring and horse walk and complimentary food and drink.
First to run was Fine Tune for Rosemary Watson. 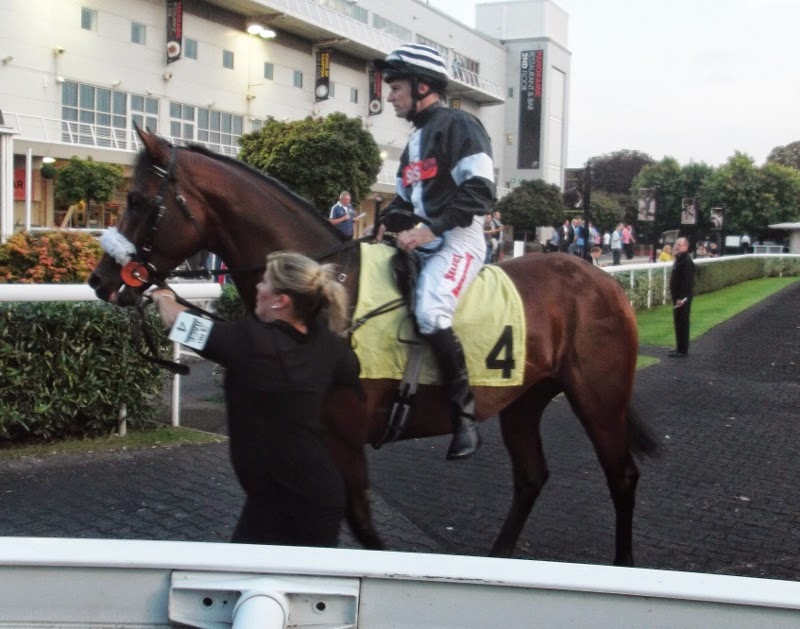 Fine Tune
﻿
Although he finished well behind, Linda learnt a lot about him and better things are expected when he starts running in handicap company later on.
Next to run was Mad About Harry for Valence Racing and nine supporters had turned out to cheer him on.  Again Linda learnt more about him from watching the race and from the input of jockey Daniel Cremin, who was good enough to give feedback later to a disabled member of Valence Racing who could not get to the unsaddling area. 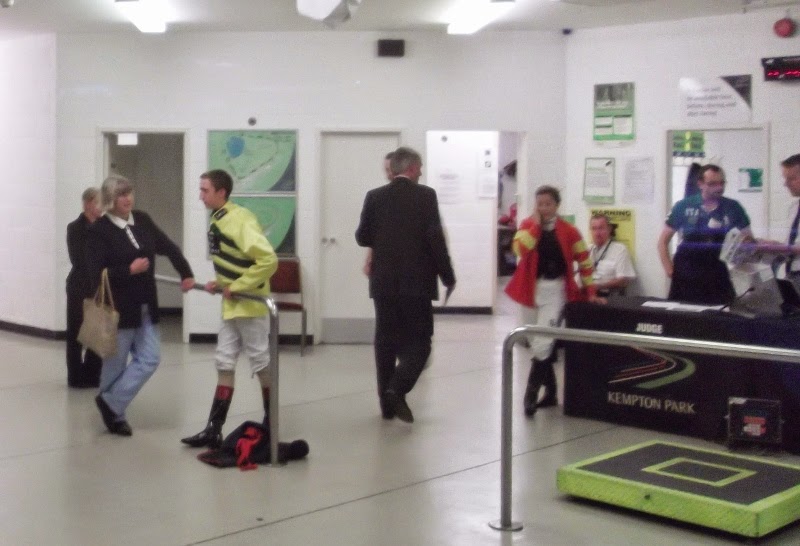 Linda talks to Daniel Cremin in the weighing room before the race. 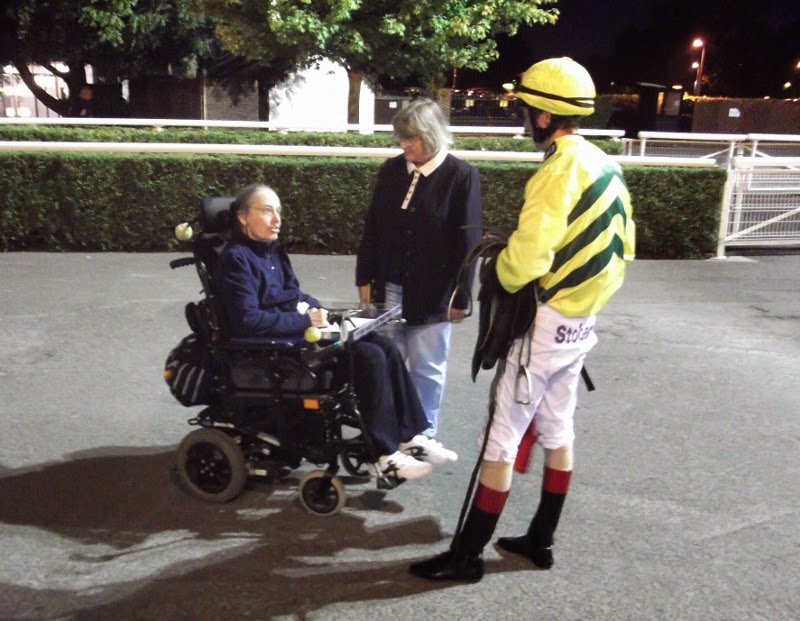 Daniel and Linda give feedback to Penny after the race.
﻿
Everyone had a very enjoyable time and the efforts made to accommodate the owners by both the racecourse and the two jockeys were much appreciated.
﻿
﻿
﻿
Posted by info at 15:14