Stable lass, Frankie, came away from Plumpton today £100 richer after winning a rather special "Best Turned Out" award with Clonusker.  As well as the £50 from the sponsors she received another £50 from the 2013 EPDS - Racing Welfare competition series which started at Plumpton today (25/2/2013).  She also received a bright red commemorative gilet.  As this was the first award in this year's series, Southfield Stables is the current leader in this national competition where £1000 is given to the winning yard in November.  However, with just one race a month in the 10 race series Linda may well have to send horses to Hexham and Carlisle to gain enough points to secure the prize. 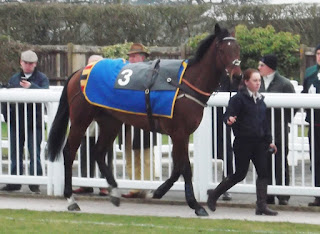 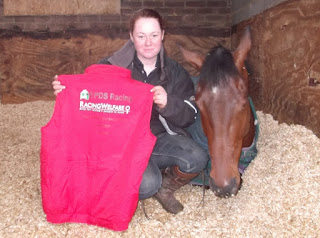 Frankie with her gilet while Clonusker has a rest.
Posted by info at 11:43