Oli had his first ride as an amateur jockey today at Wolverhampton on Ebony Belle, who had run the previous day at Chelmsford.  With plenty of support at the track and good wishes from the yard in the morning, Oli made his first entrance into a parade ring as a rider. 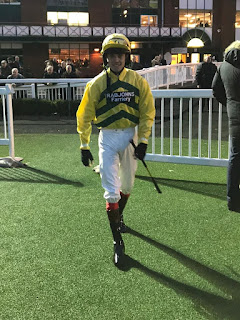 He was loaded last into the stalls and seconds later the gates opened.  He was not able to take one of the two leading positions but got Ebony Belle travelling towards the rear of the main pack.  He held this position for the first half of the race and then encouraged her to move forward.  The partnership were a little wide around the bend but then battled on up the straight to take seventh place (a big improvement on the night before) and even earned a little prize money. 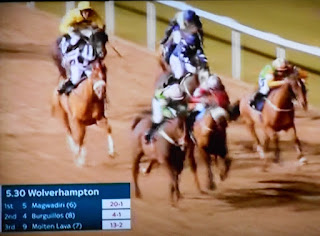 Battling to the line in 7th (yellow silks)
Everyone was really pleased with the effort of both jockey and horse. 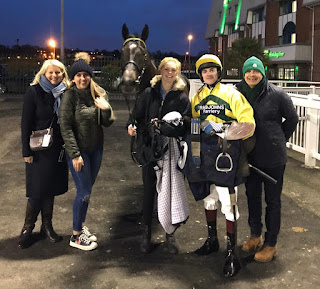