Exciting Times For Old And New.

There was an air of excitement around at Lingfield today as Due South came back after two years off the racecourse in the colours of Pauline Reynolds who was experiencing sole ownership for the first time.  When Due South had to be rested after a leg injury Pauline was prepared to take him on and give him the time he needed for a second chance.  Seeing her colours on a racecourse for the first time was a great thrill. 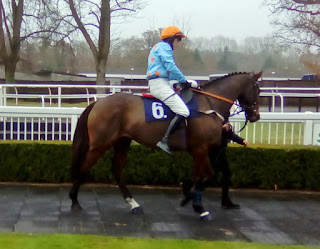 Due South in a rainy parade ring.
The long absence and short nature of the race was never going to allow Due South to show his best, but he completed and Pauline is already plotting the future campaign. 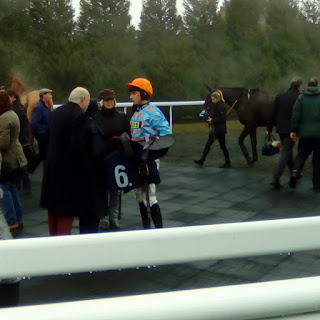