It was a day full of promise at Plumpton today.  Linda sent four horses, accompanied by a host of owners, to enjoy a sunny but chilly day at the races and they were soon warmed by the equine performances.  First up was Clonusker who was making his seasonal debut.  He made the running in the 2 mile handicap hurdle and it was only entering the home straight that he began to tire, eventually just being pipped on the line for 4th place. 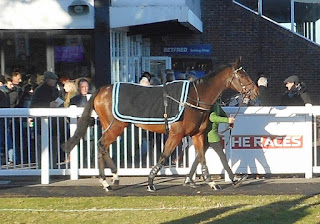 Clonusker
Next up was Itoldyou who came back to form, finishing second in the three and a quarter mile handicap chase under Tommy Dowling.  After an indifferent start he warmed to his task, running on to take second place near the line three lengths behind the favourite. 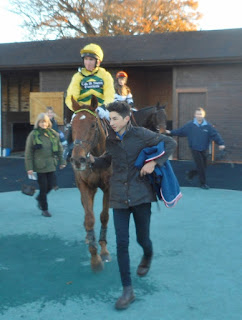 Itoldyou comes back after finishing second.
Finally Linda ran both Royal Concorde and Hab Sab in the bumper, with both showing signs of ability when finishing close together in 5th and 6th. 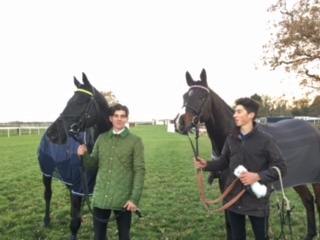