Andrew Thornton took the ride on Itoldyou this time at Fontwell (15/3/2014) in a 3 and a quarter mile handicap chase.  Although there were only four runners the betting was tight and Itoldyou and West Cork Flash vied for favouritism at about 6/4.  West Court Flash had been runner up to Itoldyou last time out , but this time Itoldyou was 6 pounds worse off at the weights and the race was half a mile further on better ground.  Andrew settled Itoldyou at the rear of the field and let him enjoy lobbing round in this position.  He jumped well and going out on the final circuit he took second place three lengths behind West Cork Flash who had set the pace.  Itoldyou jumped 4 out so well that Andrew found himself almost upsides the leader a little too early.  He eased back and at the same time Jamie Moore, on West Cork Flash, kicked on and a gap appeared again.  Andrew needed to ask Itoldyou to quicken to take closer order.  At the last fence West Cork Flash had only a tiny lead and Itoldyou soon went in front.  However West Cork Flash renewed his effort in a classic battle for the line and they crossed the line locked together and a photograph was called for.  There was an anxious wait until the result was announced, with the photo showing that Itoldyou had held on by a nose. 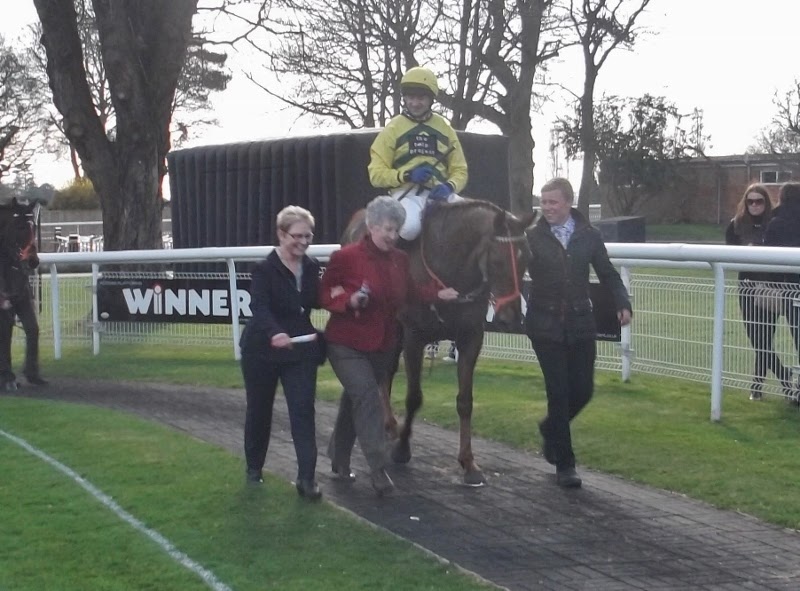