There was some sadness but a lot to look forward to as Linda hosted a "Farewell to Southfield" barbecue for her owners.  There was plenty of bubbly to go with the food as everyone reminisced but also discussed the future with Karen at the helm at Oad Street. 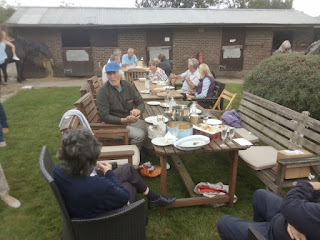 We look forward to many more memories being made after the move.

Make The Most Of It.

The horses were out on the roads of Sutton Valence this week doing their early pre-training before the move to Oad Street next month.  We hope the villagers make the most of this iconic sight as it approaches the end after several happy decades. 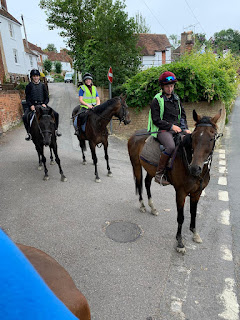 For some time Linda has been looking to move from Southfield Stables.  The increase in traffic on South Lane has made it more dangerous for the horses to exercise and some of the facilities are in need of an upgrade.  The opportunity to move the operation to John Best's yard at Oad Street came up and she has decided to take it.  She has known John for many years and they get on well.  There is plenty of room at the purpose built training establishment for both of them and the future looks exciting. 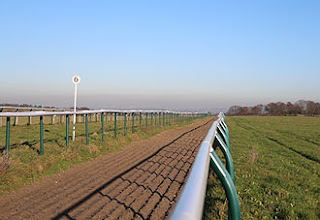 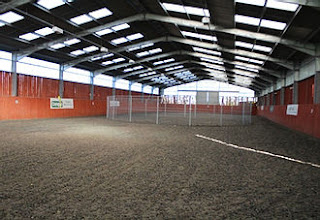 Linda has started to take some of her owners up to look around. 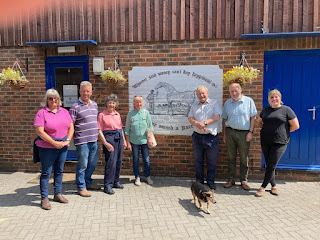 When the horses come back in, and it will be soon, they will go to Southfield for their pre-training before being moved up to the new yard when work starts in earnest.

Oliver had his second ride as an amateur today at Wolverhampton.  He rode Meryems Way and held a midfield position until the final 2 furlongs.  The horse was eased when beaten and finished 12th of 13.  This was more valuable experience for Oliver.

Yesterday Smarden Flyer went to Lingfield for barrier trials.  Here horses are introduced to the racing experience before a real raceday. 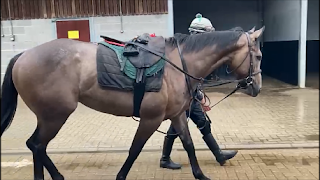 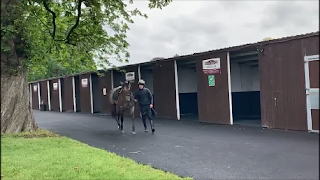 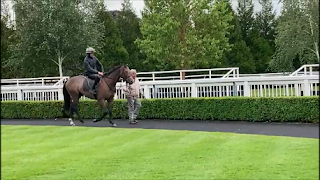 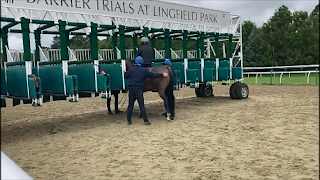 With most of the horses on their holidays it's time to tidy up the yard. That looks a lot of work! 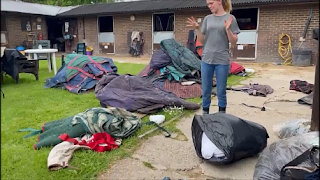 The Smiles Are Back!

After what has undoubtedly been a tough year, the smiles were back at Fontwell today.  The sun was out, the crowds returned and Linda's horses put up some pleasing performances.

Firstly Deewhy gained his best ever placing when finishing 4th in the Novices' handicap chase. Ridden by Danny Burton he was kept up to his work and though he had slipped back a little by the final straight he battled on to regain 4th place on the line.

Two races later it was the turn of Uallrightharry.  This time Jamie Moore took the ride.  He kept Harry involved just a few lengths off the leaders until moving into a clear third going down the hill for the final time.  At the fourth last fence he made his one jumping error in the race and was shuffled back to 4th.  However he too battled on up the hill to take back third place near the line. 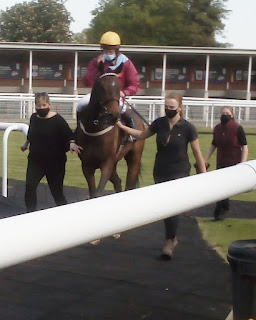 Harry returns in 3rd place.
Finally Steel The China (Danny Burton) had his turn in the two mile 5 five furlong handicap hurdle.  He undoubtedly benefitted from the seven non runners due to the drying ground, but nevertheless put up his best display so far.  He was allowed to lead until the back straight on the final circuit where the two fancied runners moved forward.  To China's credit he followed the theme of the afternoon and battled up the home straight with the one remaining runner and regained third place by a nose on the line. 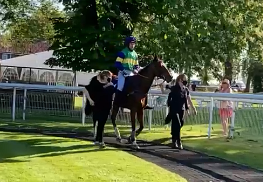 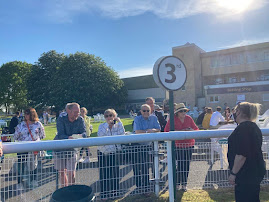